At the opening event of the 2022 Adult Learning Week "Learning Silhouettes", SIH was presented with an award for the implemented international project "Be Digital: Digital Media Literacy for Older Persons", which was recognized as the best project of the year for the relevance of the topic and goal.

In 2021, during the annual event of the 2021 Quality Awards of the Education Exchange Support Foundation, SIH nominated in the Inclusion category for the quality implementation of the Erasmus + project "Senior Volunteers for Migrant Integration". 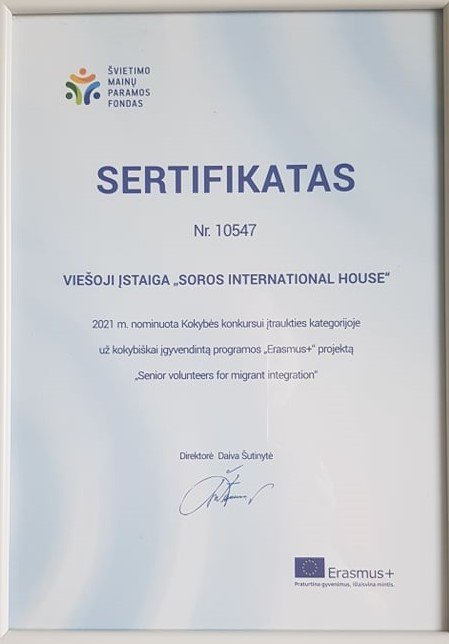 SIH with SVMI project has won the “Together We Can!” Project Competition Award during Adult Learners’ Week 2020 in Lithuania. The Award recognised SVMI project for involving and activating older people in volunteering. 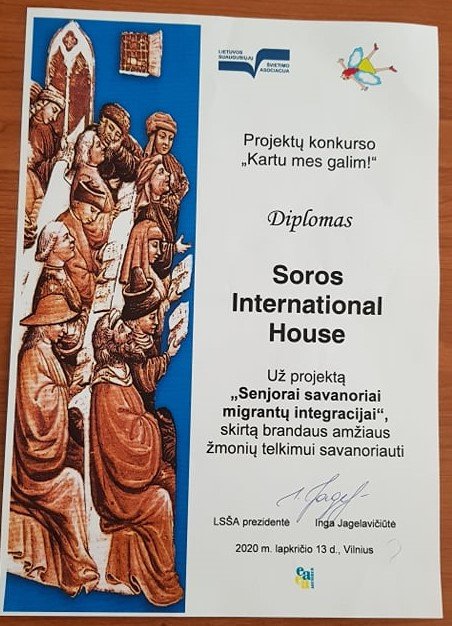 On 13 November 2019 'Soros International House' (SIH) director Daiva Malinauskiene was invited to participate in the event organized by the Education Exchanges Support Foundation (https://www.smpf.lt/en/) in Vilnius, Lithuania. During the event, Soros International House was awarded with a Special prize for the Seniors On-line project (www.seniorsonline.eu). 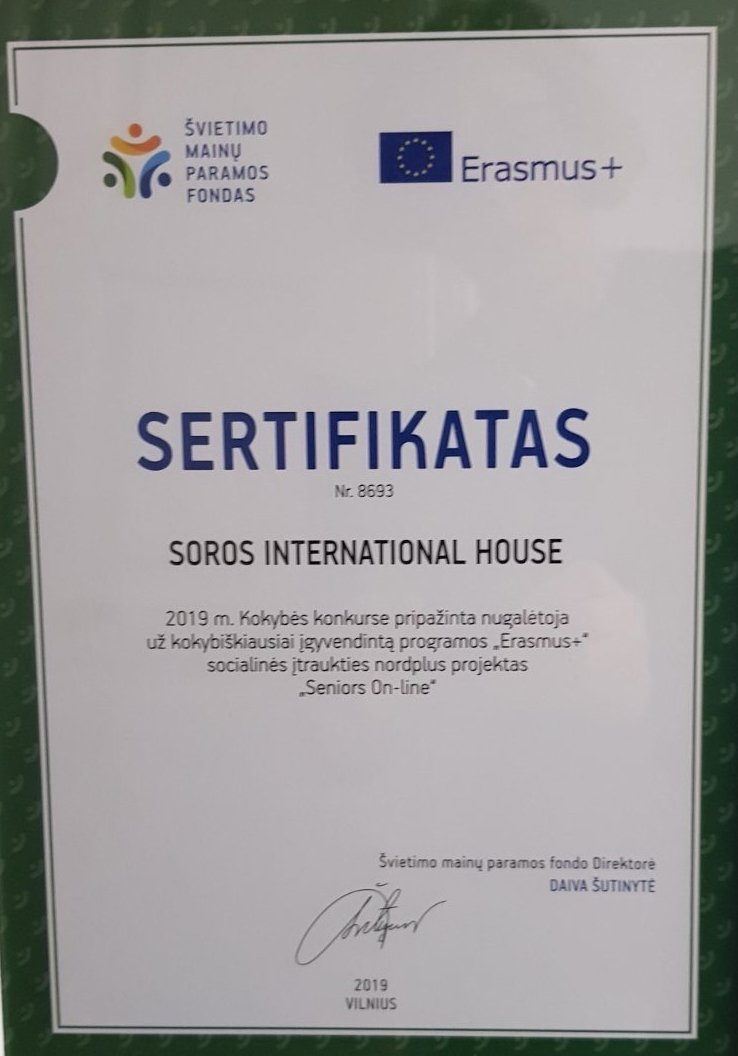 On 19-25 November 2018 SIH actively participated on the Adults Learning Week and was awarded with the Certificate of Appreciation. 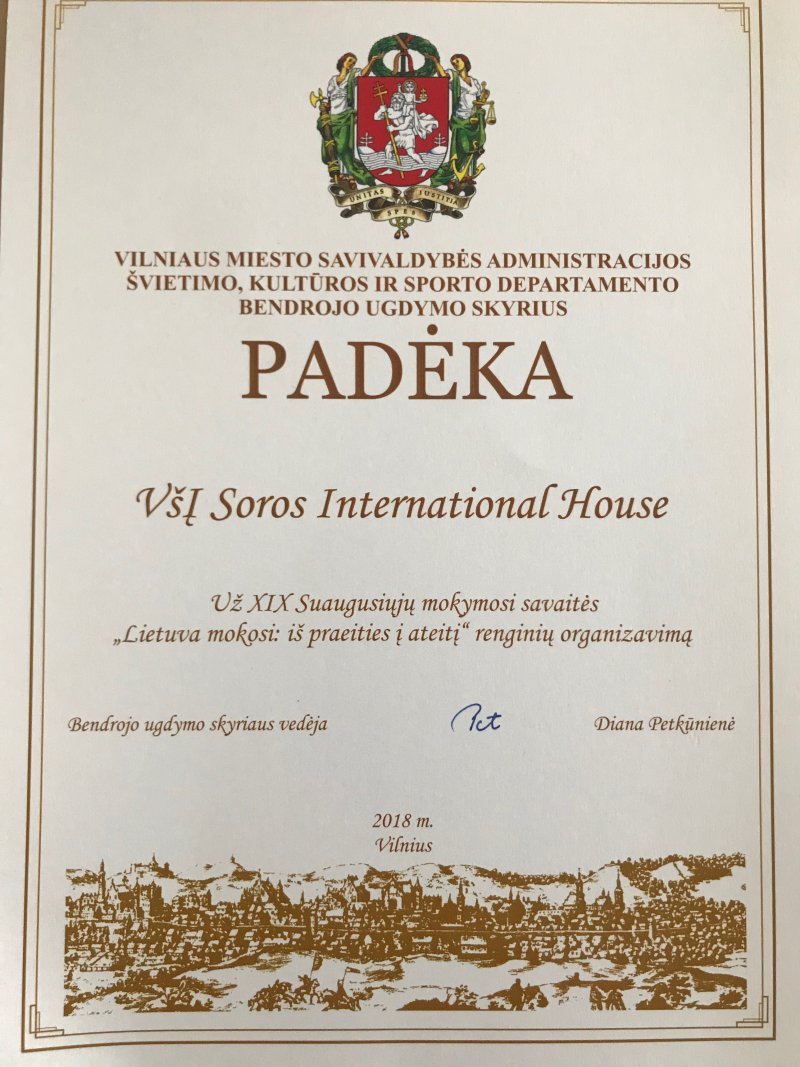 On 20-26 November 2017 SIH actively participated on the Adults Learning Week and was awarded with the Certificate of Appreciation signed by Mayor of Vilnius. 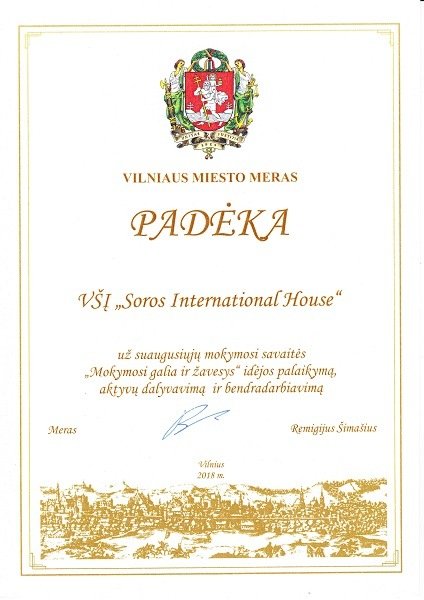 On 9-10 November 2017 SIH director Daiva Malinauskienė participated at the International conference ‘Open Professional Collaboration for Open Classroom’ in Kaunas, Lithuania and was awarded with the Certificate of Appreciation for her valuable support in fostering the development of Open and Distance Learning Innovations in Lithuania. 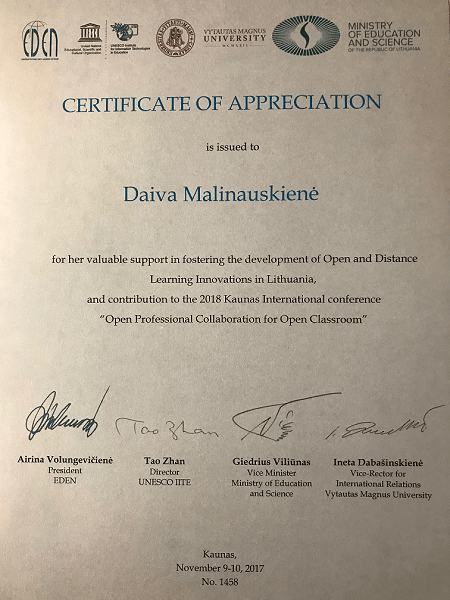 The project 'Seniors On-line' coordinated by SIH has been chosen as the winner ofBoldic Award for 2016.The project was selected by the Boldic Award Jury 2016 out of 14 nominationsand presented at the SVERDs Autumn conference in Stockholmon the 14thof October. 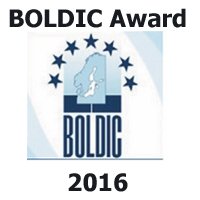 27 April 2016 SIH director gave a lecture to the students in the Faculty of Business Management of Vilnius Gediminas Technical University and was awarded with the Certificate of Appreciation. 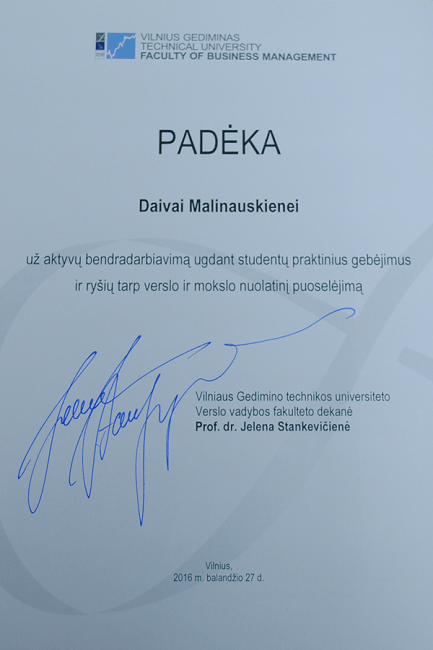 SIH was awarded with a diploma during the projects competition of the Adult Education Week on 16 - 22 November, 2015. SIH submitted the project ‘Act!- Active & Responsible Citizen = Flourishing Future Society’ to the competition. 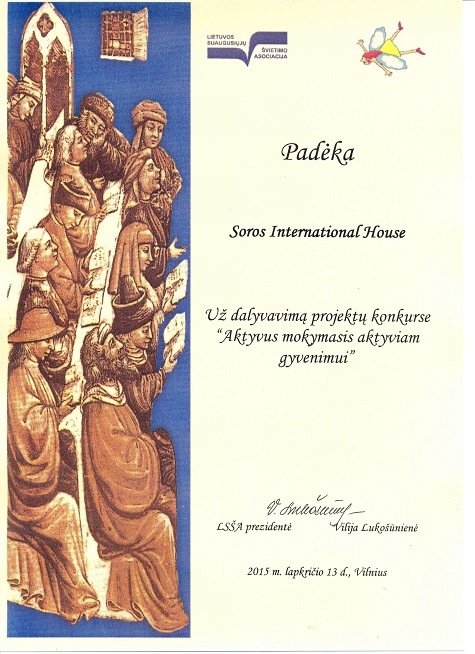 5 November 2015 SIH director Daiva Malinauskienė partcipated in the international conference 'Open Professional Collaboration' and was awarded with the Certificate of Appreciation. 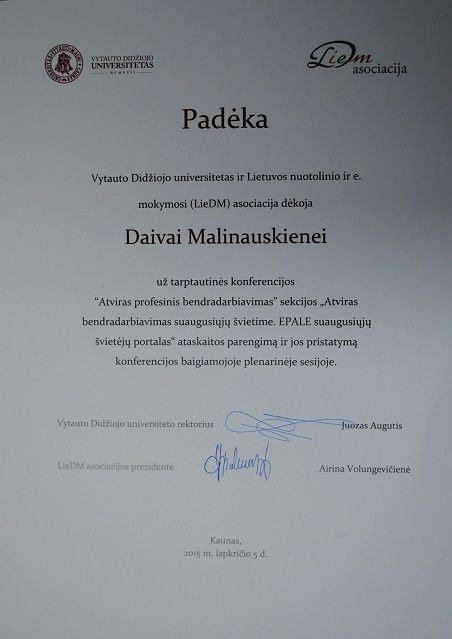 SIH was awarded with a diploma during the conference aimed tocelebrate the beginning of the Adult Education Week on 15 November, 2013. 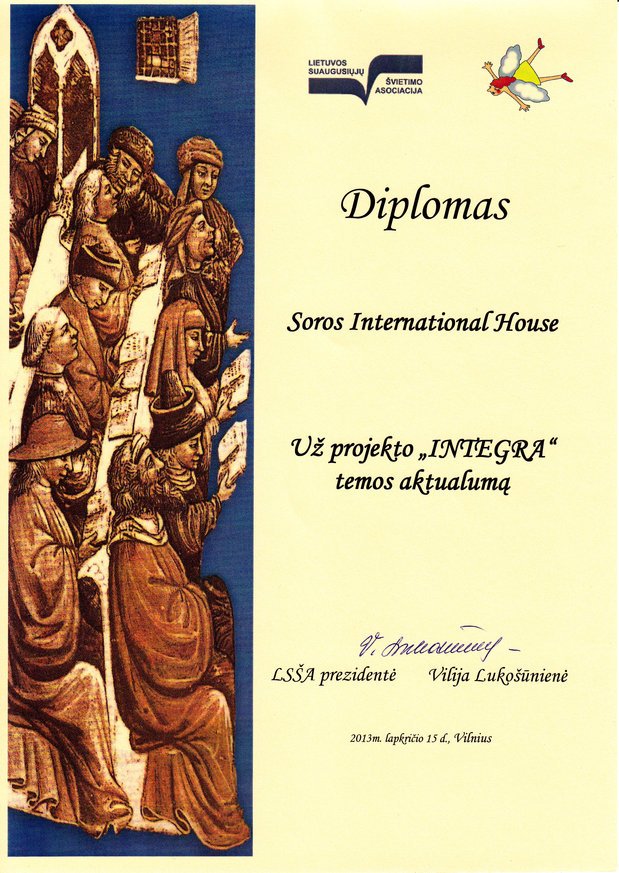 16 November 2013 project My Story, which SIH presented to the competition Generations learning together, was awarded as the best project by Lithuanian Association of Adult Education. 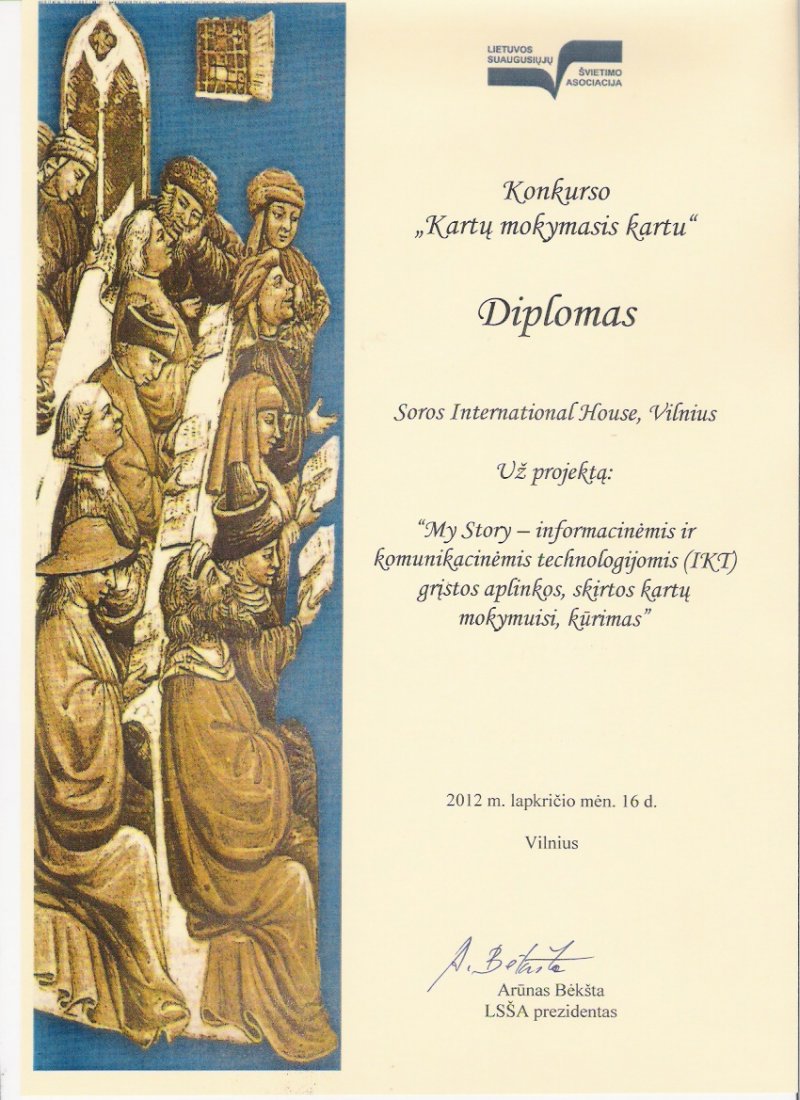 At the “Multilingualism in Europe” conference held in Cyprus through the 26-28 of September 2012 in Limassol, organized by the European Commission, the “European Language Label” award was presented to Soros International House. The European Language Labelis awarded to the most innovative projects that support multilingualism and promote teaching and learning of languages nominated in their country with the European Label. Soros International House represented Lithuania with the project „Learning by Moving“. Aspecialist jury, chaired by Miguel Angel Martinez, Vice-President of the European Parliament, then selected the best five projects based on their European dimension and impact in terms of improving the language skills of the target group out of thirty. The „Learning by Moving" projectwas among 5 winning projects. 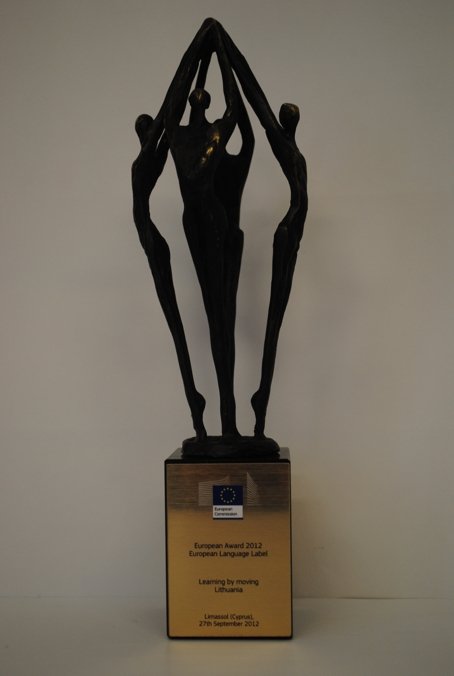 On the 6th of December 2010, Education Exchange Support Foundation held quality competition awards for year 2010.During the event Soros International House was awarded with the Certificate of Appreciation from the minister of Education and Science Gintaras Steponavičius and director of Education Exchange Support Foundation Daiva Šutinytė for active participation in Grundtvig programme projects.

During the event Soros International House presented one of its most successful Grundtvig projects “The Importance of Active Citizenship for Young Adults in Education and Training – AcCyEd” and was awarded the Certificate of Appreciation for creative implementation and dissemination of this project. 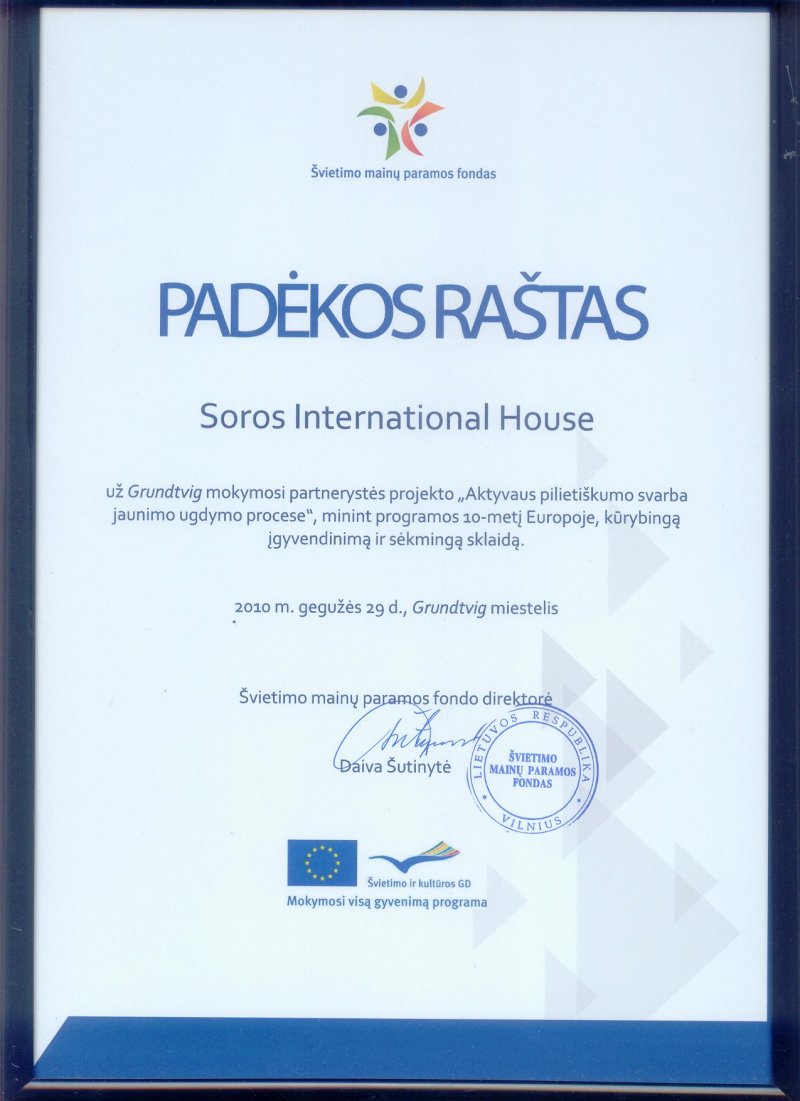 In Autumn of the year 2009 Soros International House as Leonardo da Vinci project "Office InterActors - Developing Basic and Professional Skills for Business and Administration through Internet-based Problem-solving Role-play" local project coordinator in Lithuania together with the ISM (University of Management and Economics) first and second year students participated in the first round of "Office InterActors“ course. N. Pacesa, ISM Rector sent an official letter of thanks for a nice cooperation in the project. 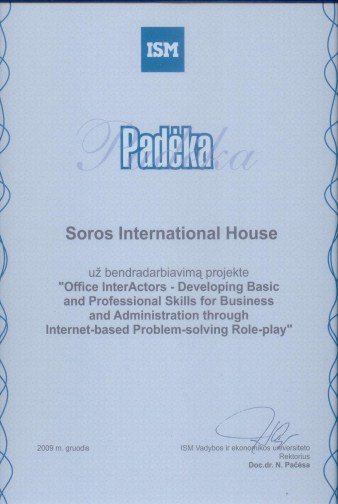 January 26-28, 2010 European Commission launched Grundtvig program Decade conference in Brussels and SIH coordinated Socrates / Grundtvig 2 project "The Impostance of Active Citizenship for Young Learners in Education and Training" was presented as good practice example and included into the conference publication. 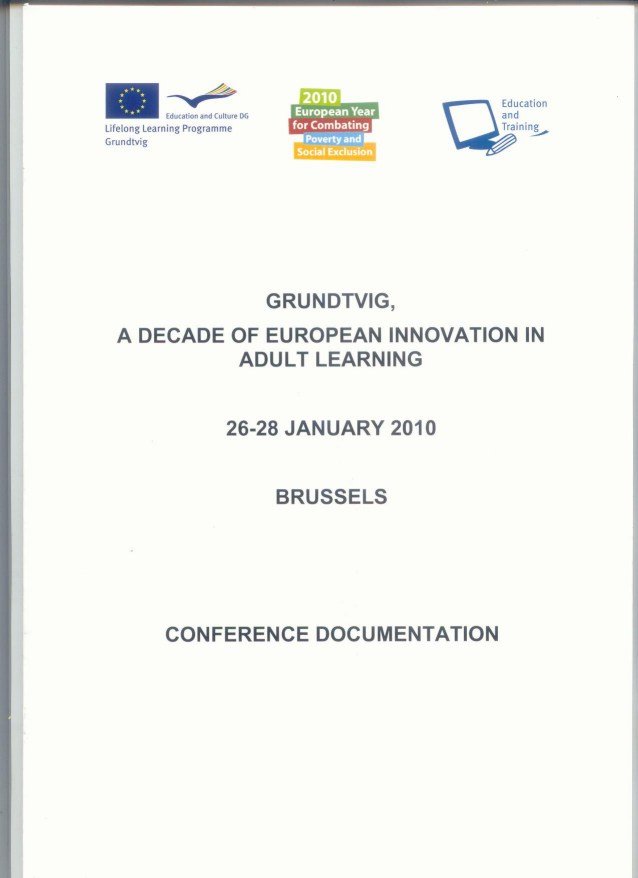 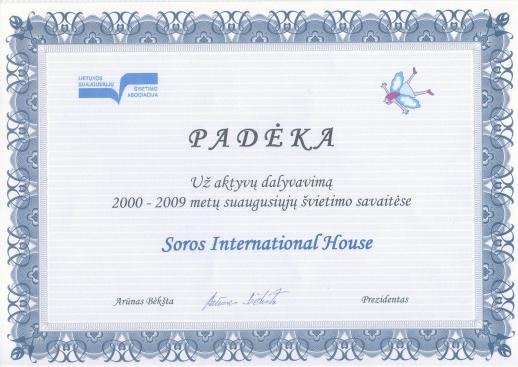 The NORDPLUS / Horizontalproject "LANGUAGE ON THE MOVE" coordinated by Soros International House was selected as one of the best NORDPLUS HORIZONTAL projects to be represented in the "BALTIC EXPRO 2009" fair. 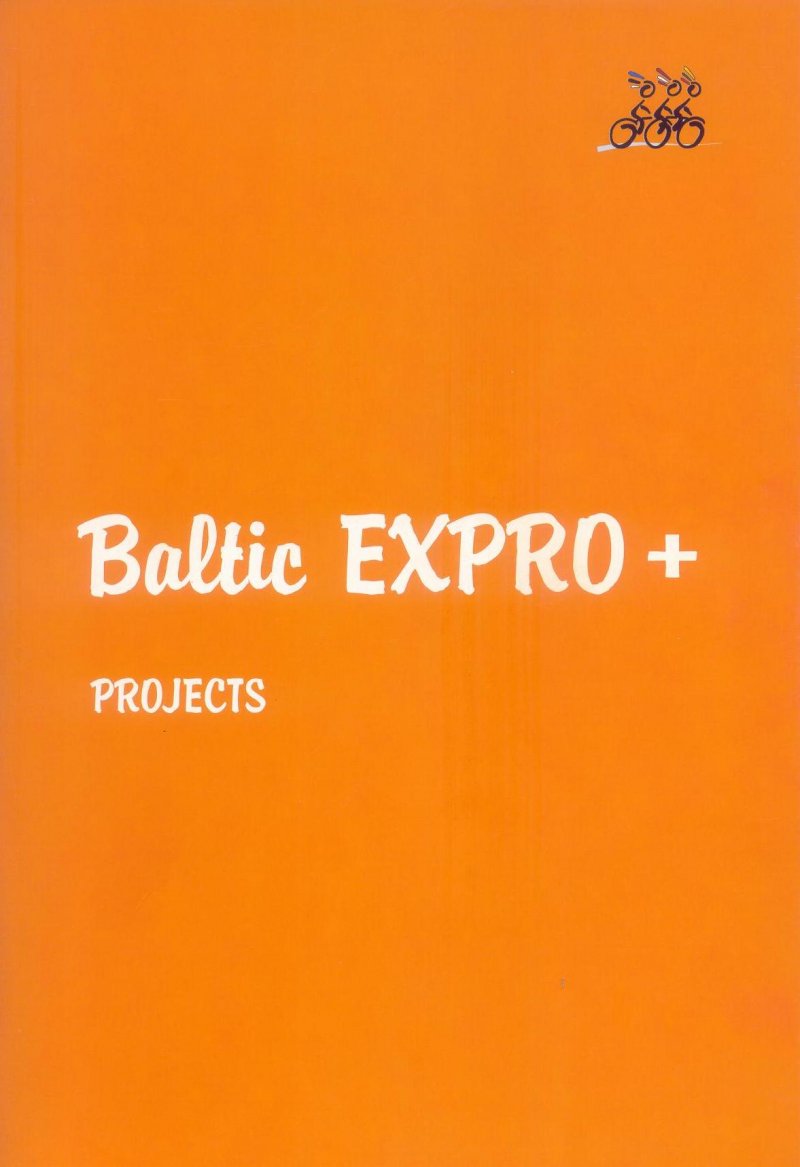 The opening event of the Adult Learners Week took place on November 24, 2008. It was organised by the Ministry of Education and Science together with the Lithuanian Association of Adult Education. During the event the project Socrates/Lingua 1 "Learning by Moving", which is coordinated by Soros International House, was selected as the best project of the year in intercultural education. 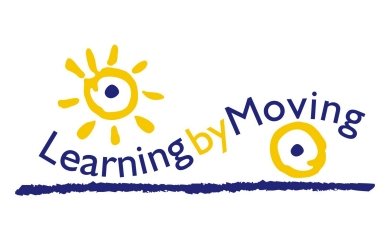 The Socrates/Lingua1 project "Learning by Moving", which is coordinated by SIH was recognized as the best project of the year 2008 by the Education Exchange Foundation. The project will be granted the European Label award. 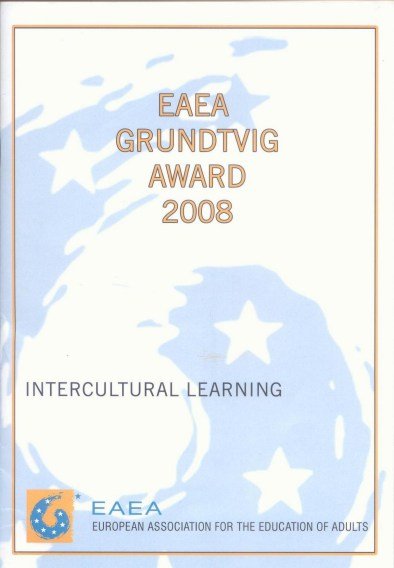 European Association for the Education of Adults arranged the competition of Grundvig projects of 2008, where the project "Learning by Moving" coordinated by Soros International House was nominated to be one of the best projects for the European category and was included into the special EAEA Grundvig awards publication.