The 4th meeting of Erasmus+ project Parents4All was organized in Rome, Italy 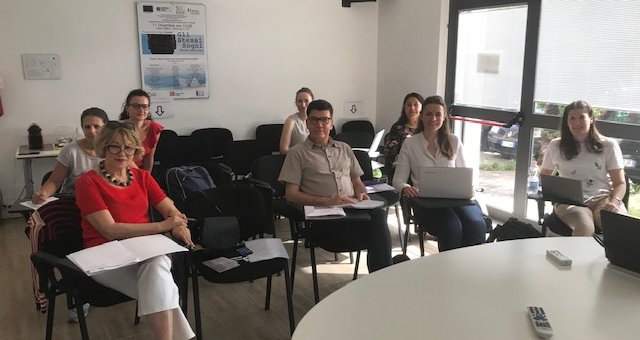 On 6-7 June 2019, the fourth meeting of Erasmus+ project Parenst4All (http://parents4all.eu/) was organized in Rome, Italy. The meeting was attended by representatives of six partner institutions from Greece, Spain, Italy, Germany, Scotland, and Lithuania.

During the meeting, the completed results of the project and the pilot trainings in all partner countries were discussed. It was also agreed on the scenario of the video and the animated film.

SIH representatives Daiva Malinauskiene and Kristina Kudriasova also had the opportunity to present the news from other projects which are being implemented, such as “Senior Volunteers for Migrant Integration” and "VR@School".