Personal development courses as part of the project Learn and volunteer! New Skills for Professional Development and Volunteering 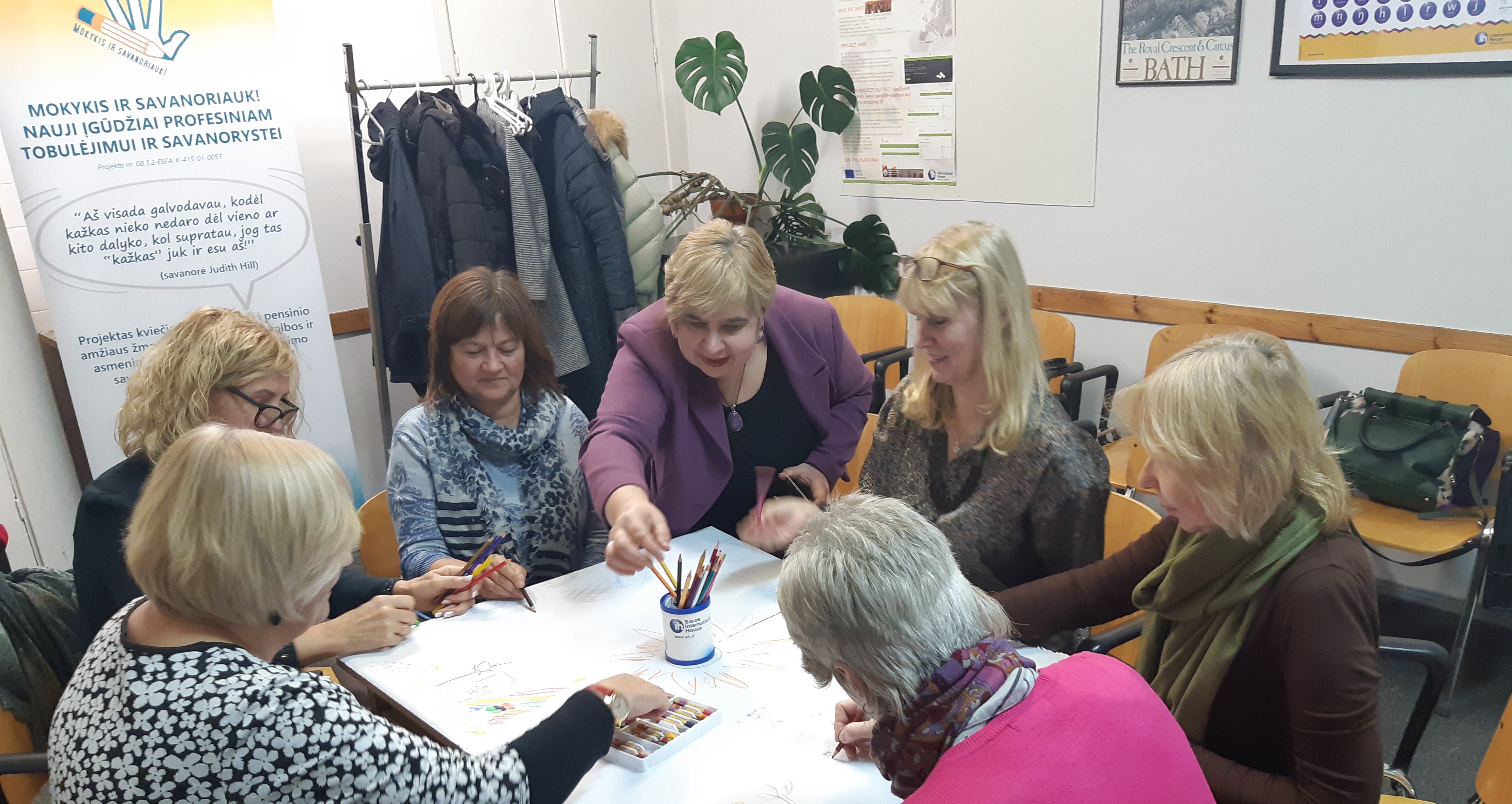 On October 14th – November 21st, Soros International House organized personal development courses for people aged 55 and over, as part of the project Learn and volunteer! New Skills for Professional Development and Volunteering, funded by the European Social Fund Agency.

The sessions were divided into three parts. During the first, self-identification seminar, participants had the opportunity to get acquainted with the techniques of writing, psychodrama and art therapies, to delve into their emotions, to try to identify and name them. The first meeting was designed to discover participants’ expectations, introduce them to different creative therapeutic forms, which allowed participants to develop their personal, general, and professional abilities and engage in self-analysis. The aim of the self-assessment was to discover and reveal the new abilities of the participants, to bring to light areas where they could realize themselves and develop psychologically.

The second part of the session was divided into four workshops that focused on motivating participants for personal development. During these sessions, the participants, through the elements of art, writing, psychodrama therapy, playing a variety of psychological games, had the opportunity to further analyze themselves, discover issues that may have left them distressed for a long time, to get rid of their worries, and identify their abilities and analyze how they could be used in their lives.

The third part of the seminars focused on individual counseling and personal interviews with each of the participants. During the consultations, the participants had the opportunity to explore in depth issues raised during the group sessions related to personal development, self-analysis, and newly discovered skills. The participants of the training were divided into two groups, with psychologist Gustė Ilgūnaitė working with the first group, and psychologist Beatričė Aukštuolytė working with the second group.

Both psychologists said that working with this age group was very interesting – each participant was able to share their own life experiences and thus enrich the content of the training. Although the psychologists had some worries at first, due to the relatively large age difference between them and the participants, after the first sessions, they saw that all participants were very willing to engage in the activities, actively participated in discussions, and in the course of the individual consultation, most brought along pre-formulated problems that they wanted to explore in greater depth. The participants in both groups were very creative, open to suggestions, and flexible in the activities offered, so it was a real pleasure to work with such groups. At the end of the training, the participants even stated that the training was too short, and they lacked the time to analyze themselves. The feedback was very positive, suggesting that the training was helpful, and that each participant took away what he or she needed most.